Marilyn Tam on the Power of Relational Leadership

Fear can keep us from asking questions that will guide us on our journey to self-improvement. Fear can also keep us from listening to the wisdom others have to share. Leaders who are able to overcome this fear can unlock the power of relational leadership, says Marilyn Tam—speaker, author, and founder and CEO of Marilyn Tam & Company—on this episode of the Leadercast Podcast. Joining us on the show for a second time, Marilyn dives into some of the content she delivered at Leadercast Women 2018.

Leaders who are able to overcome this fear can unlock the power of relational leadership.

Featured Resource:
[Video] How to Become a “Helpable” Leader 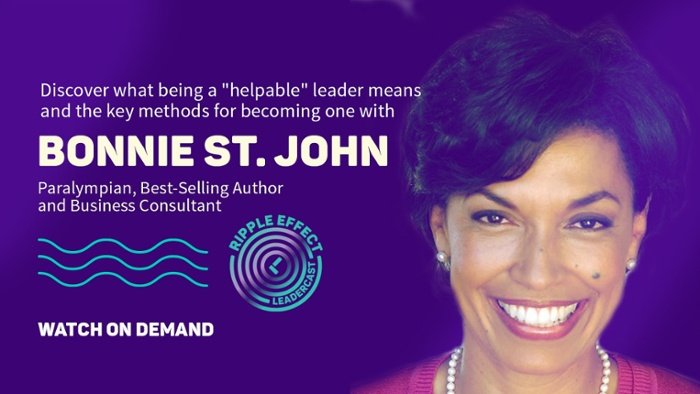 After immigrating to the United States, Marilyn worked her way up to became a lead executive at Nike, Reebok and Aveda, as well as a successful entrepreneur. “Every person who has any achievement is because they learn from other people who have gone before them, who helped show them the way,” Marilyn says. “I give credit to everybody I’ve ever met in my life.”

Moving from Hong Kong to Oregon at a young age, Marilyn needed to find people who could help her. “Who has wisdom, knowledge, experience that I can learn from and how can I access that? What can I offer them?” she asked herself.

Most people don’t think about what they can give back to a mentor but, at the time, Marilyn understood that everything goes two ways. “Everybody around me became a possibility for me to learn from, a potential teacher for me,” she shares. Going through her life thinking that she can learn from others generated an attitude that helped her pave the path to where she is today and eased her transition into a new environment.

In a new company, career or role, this perspective on learning is essential. At one of her first jobs as an executive trainee at what is now Macy’s Inc., Marilyn’s supervisor always said to be hungry. “What advice was he giving me? I have to be persistent. I have to be curious. I have to learn, ask for help and always try to do better.”

A key lesson Marilyn learned was to ask for help. It seems simple, but for many leaders, doing so is much harder than it sounds. People think that if they ask a question they’ll reveal their ignorance or inexperience; they’ll suffer embarrassment or they’ll be taken advantage of.

“Would you rather them find out now that you’re eager to learn, or do you want to do something wrong and then try to figure out how to fix it?” asks Marilyn.

Asking a question indicates that you are eager to learn and trying to do better. If you view everyone as someone to learn from, you will be able to conquer your fear of asking for help because you are so hungry to improve yourself.

Marilyn credited an early mentor, Marty Bloom, with trusting her with responsibility. He saw that she was someone who was excited and motivated to gain authority. “The fact that he gave me the opportunity to grow much more than even I thought I was able to do at that time gave me that encouragement and faith and confidence in myself to take those leaps,” she says. His trust in her helped her trust herself.

Marilyn mentioned four ways she has helped leaders improve their leadership traits. “I always lay out what the rules of the game are,” she says.

Marilyn shares a story that exemplifies all of these leadership traits. During her time at Reebok, she implemented skip-level meetings—or “Breakfast With Marilyn,” as she called it—where she ate breakfast with an employee who was at least two levels down from her direct reports. While meeting with an entry-level woman who worked in a call center, Marilyn listened to the employee’s idea to redesign the size of the shoebox. “It was a slight modification,” she recalls. “We were able to save over $10 million a year in PR and shipping and packaging in the first year.”

But the best outcome wasn’t in the savings, she says. It was that employees knew they were being heard and were excited when executives came to visit.

To hear this interview and more episodes like it, subscribe to the Leadercast Podcast on Apple Podcasts, Spotify, Google Play or Stitcher.

A speaker, best-selling author, consultant, board-certified executive and corporate coach, CEO of Marilyn Tam & Co., and the founder and executive director of Us Foundation. She formerly served as CEO of Aveda Corp., president of Reebok Apparel and Retail Group, and vice president of Nike Inc.
PrevPrevious
NextNext

Judi Holler is the Founder and CEO of HOLLA! Worldwide while rocking the titles of keynote speaker, master improviser, and best-selling author. Joe and Judi

Amy O’Dell is the founder of Jacob’s Ladder, a special education school in Georgia, and one of the top-rated Leadercast speakers in 2022. In this

Embracing and Consenting to Change with Ian Cron

Ian Cron is known best for his bestselling books and his study of the Enneagram. His path to success was full of challenges that started